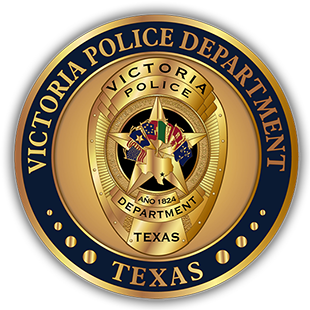 The Victoria Police Department has a current authorized strength of 130 Licensed Officers and 36 Civilian Employees for a total of 166 full time Victoria Police Department employees when we are at full strength.  We are committed to having a professional workforce that reflects the diversity of our city which is shown in our Equal Employment Opportunity Utilization Report (PDF).

The Victoria Police Department is divided by function into a quasi-military structure in order to clearly define the "chain of command," to establish a span of control, and to clarify delegation of authority.

The department is directed by the Chief of Police, and its functions are grouped into Bureaus, Divisions, Sections, Units or other components, each supervised by a Deputy Chief or a Captain, Lieutenant, Sergeant or civilian, ultimately reporting to the Chief of Police. The chain of command under each Bureau is specified in the organizational chart (PDF), which also designates levels of command that are titled similar to a military structure.

The highest-ranking supervisor of the department on duty is in charge of all personnel, regardless of which Division, Section or Unit that supervisor is assigned.