Create an Account - Increase your productivity, customize your experience, and engage in information you care about.

Mayor Rawley McCoy was elected mayor of Victoria in the May 2019 election. He was passionate about helping Victoria to live up to its potential by promoting economic opportunities, a goal he helped to further during his term as mayor by promoting collaboration between local leaders. In addition, he wanted to build a future that was inclusive of people from different backgrounds, and he often said that Victoria could only be great if everyone had a seat at the table. He promoted unity, collaboration, government transparency and advocacy for those who had not had a voice in government. McCoy hoped to renew the community’s vision of Victoria as a city that values its history while looking forward to a prosperous future. He also helped to guide the city’s COVID-19 response and recovery efforts in collaboration with local, state and federal officials. Mayor McCoy was known as a true leader who worked tirelessly with the City and County to improve Victoria and serve the community. Mayor Rawley McCoy passed away at home Friday, March 5, 2021.

McCoy was also involved with numerous local boards and commissions helping to better our community. He was a board member of the Victoria Sales Tax Development Corporation and helped to found the Victoria Business and Education Coalition. He also worked with Victoria College for more than thirty years, leading its master plan efforts, and served for seven years on the school board of Trinity Episcopal School. He has also been very involved with the Gulf Bend Collaborative, studying ways to better address mental health needs in the region. He was also a spiritual man and a devoted and active member of St. Francis Episcopal Church.

McCoy was born and raised in Victoria. After graduating from Texas A&M University with a master’s degree in architecture, he returned to his hometown and began his career working for his longtime mentor, Warren Young. In 1995, he founded the architecture firm Rawley McCoy and Associates. The firm has collaborated on projects throughout the state as well as iconic local structures, including the Victoria College Emerging Technology Complex, the Victoria Islamic Center and the Leo J. Welder Center for the Performing Arts.

He was a beloved father, husband, architect and public servant, and he will be greatly missed by all who knew him.

He is survived by his wife, Kay, and their three children and seven grandchildren.

In lieu of flowers, the family is requesting that donations be made to: 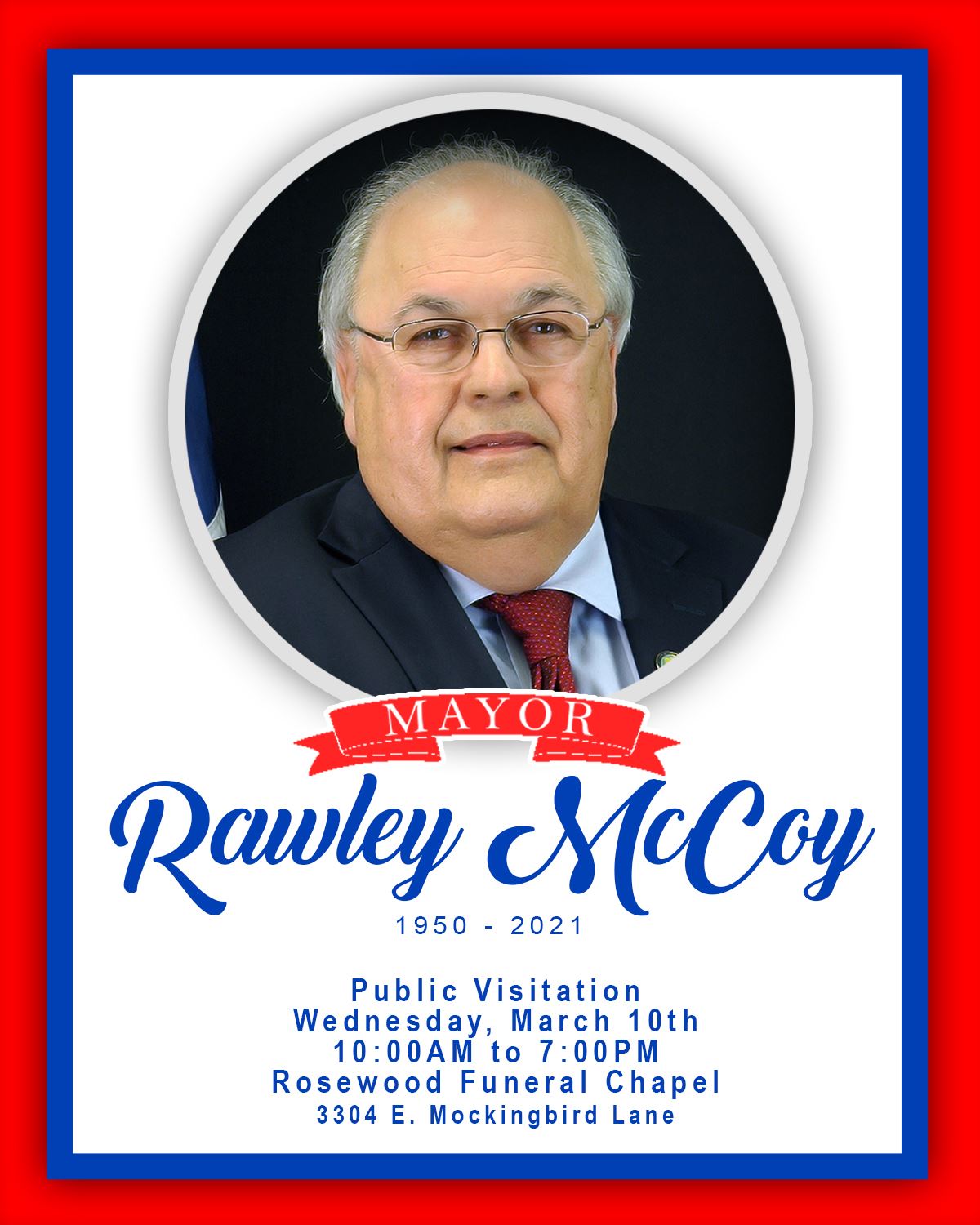